In this article I browse over the main methods of therapy and practice within them. I summarize my programme of medication and make reference to medications within the same class (i.e. mood stabilizers, anti-psychotics). I describe the type of therapy I am going through and I assess its functionality. I argue that these methods work best for me but I also add that Electroconvulsive Therapy (ECT) can also be useful. I have a brief look at ECT and Electroboy. I try to evaluate why we maybe afraid of ECT and how we should learn to be less afraid of it. I conclude that we all prefer a different method of therapy and that we should be optimistic nevertheless.


When looking at the different methods of treatment for bipolarity there are many different ways of treating this illness. Evidently most people prefer different methods of treatment because the manic highs, the depressive lows, the anxiety, the anger and people's metabolism vary. When I was diagnosed as bipolar I was at the highest point of mania (also known as psychosis) and the first psychiatrists I saw prescribed me Risperdal (Anti-Psychotic) and Zyprexa (Strong Anti-Psychotic). After my psychosis was over, I started therapy and my psychiatrist prescribed me Lithium (classic mood stabilizer used since the 1940s) and a lower dose of Risperdal. As therapy and a strict regime of scheduled pill-taking continued, I had to learn to give up my intake of alcohol and other miscellaneous oddities. I was serious about all this but nevertheless the Lithium was not enough after a while and I was prescribed Seroquel on top of prescribed Depakene together
all my other medication. Most patients are usually prescribed Depakene as well as Seroquel but I think I just needed one extra anti-psychotic to calm things down.

Stabilizers are good because they control your emotions and make sure that you are not feeling completely down or completely manic for that matter. They have their side-effects but I think it's a choice between whether you want to eat in moderation or be completely out of touch with your emotions. Everyone will agree that the manic side is great but if it slips into an area of psychosis you could be in great danger to yourself and the people surrounding you. When you are in psychosis even your therapist can't help you. You are ultimately left in the hands of God (or whatever you might believe in) really. Other mood stabilisers include Keppra, Lamictal, Neurontin, Tegretol, Topamax, Trilepta and a range of Calcium Channel Blockers (to control
manic episodes). 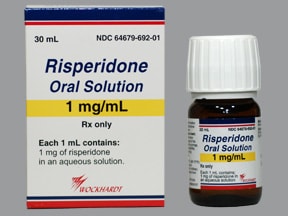 When it comes to antipsychotic drugs my prescribed medication has been Seroquel and Risperdal. I think it has relieved most of the psychotic realms of my mania as I feel that I can sleep much more regularly. My psychiatrist told me that sleep was a good thing. I always thought sleeping was a bad thing because it meant I was never ready to do anything. I miss waking up after 3 hours and just doing tons of stuff. I think that its okay though because my body needs to sleep off the hours that I missed in my previous years. I still feel a little anxious when I'm walking in the street (my left fist is always clenched) but I'm trying to get over that habit through therapy. The anxiousness is linked to a vague concept that everyone wants to harm me. LOL. Something others would call paranoia. Other antipsychotics available also include Abilify, Clopixol, Clozaril, Etrafon, Fluanxol, Geodon, Haldol, Loxitane, Mellaril, Orap, Prolixin, Stelazine, Thorazine and Trilafon.

The prescription of medication usually depends on the intensity of the manic or depressive episode, but how do we choose our therapists? I have a therapist and a psychiatrist. My therapist is good at communicating with me and my psychiatrist is good at listening to me. My therapist uses a combination of therapy methods but she primarily aims to edge me towards the Freudian way of therapy. She tells me I'm free to talk about whatever I like in therapy but she prefers it if I try to link my topics to childhood recollections. I think the fact that she tells me I can talk about anything I want is great because I feel that's what I'm paying her for. She remembers things, she is very articulate and shows that she cares about me. My psychiatrist however just listens to what I have to say during a manic episode most particularly and she asks some medical questions when I am depressed. The aim of the psychiatrist therefore is to write a prescription. I think this balance works out great because the medication and therapy do not clash, which avoids confusion. The therapist and the psychiatrist talk together and come up with a diagnosis, so everything falls into place once the psychiatrist has talked to me. I was lucky enough to have a high status relative within my family to find this perfect combination. I know that some people really have difficulty finding the perfect combination, so I consider myself quite lucky. One of my initial fears was however going to Electroconvulsive Therapy (ECT) but I learned later on that it was not really all that bad.


I never underwent ECT but I heard of some courageous people (in my opinion) who had gone through it and eventually found that they were cured. One such example is Andy Behrman also known as 'Electroboy.' who undergoes the equivalent of what happens in Eternal Sunshine of the Spotless Mind but I am left uncertain as to how ECT really cures you. Stephen Fry points out that we have been made to fear ECT due to images portrayed in the 1930s. Even today films such 'A Beautiful Mind' and 'One Flew over the Cuckoos Nest' spark fear and pity for such patients. I don't believe that Electroshock Therapy is as gruesome as it is portrayed. Behrman, I'm sure, will agree that technology has advanced and nowadays the doctors are supportive during ECT. I'm sure no one would want their child to go through ECT but sometimes there really is no alternative and I feel that people do not need to fear that alternative. Patients tend to say that after the first ECT the next one is easy.

Andy Behrman has had a very interesting life as a bipolar person as he was changing careers from being a public relations agent, to an art dealer, a hustler and a forger. Flying from Tokyo to New York on the spur of the moment. He argues that Electroshock Therapy cured him completely and his film is intended to be released soon starring Tobey Maguire. I'm thrilled to hear that Behrman's story will be becoming a motion picture because it will bring awareness about bipolarity and it will be accurate because ECT was his last option of treatment. He also states "the film will portray a manic depressive accurately". Stephen Fry's Documentary interviews Behrman and he comments that when he asked his doctor how many times he would need ECT the doctor replied "10, 20, 30, 40, 60. Hey! However many you need." So I believe that Behrman was bold enough to undergo ECT and then to later proclaim that he was completely cured. But I still feel a bit nerve-racked about the whole process. A friend of mine also had ECT and she said that she felt that at first when she woke up, she didn't know where she was or what she was doing but later on some 'bad past memories' had been erased.

Overall then we can conclude that there is not always an all-right treatment for Bipolarity but nevertheless we musn't lose hope. People who opt for therapy of any sort must have some hope because they want to get better. Indeed sometimes we Bipolars feel like the world has come to an end and we cannot go on any longer. But we have to because the world is a better place with us in it.
Posted by Kramer at 16:01

Great blog Extrememoo. Keep up the good work ;)
It's great that you created this blog It's really useful for people like me who didnt even know what ECT was =)

ps. You know that I'll always believe in you and you know that you'll be ok in no time like i told you before.

do not let angels out of your sight ;)

Thank you S. I will post something at least every two days.

Electroboy loved ECT because he loved going under with the anesthetic. It didn't work on him in that he had to keep going back for more "treatments".

I had ECT and the succinylcholine kicked in before the pentothal; I couldn't breathe and could not speak. I also had an intravascular (accidental) injection of pentothal and sux and the top of my hand turned black. ECT made me suicidal. The antidepressants and antipsychotics always lead to ECT a procedure that has a very high relapse rate. It is NOT an effective treatment at all.

My schizoaffective 18-yr-old recenly underwent 12 ECT's because he is medication resistant. It is a miraculous, safe procedure, I can assure you. He is no longer depressed - it has transformed his life. Unfortunately, his doc put him back on the antipsychotics that didn't help him in the first place and now the happiness is leaving. I only wish he'd have had a chance medicine-free after the ECT! If you need ECT, do it!

I plan to revisit this site to update on my son's condition. Keep in mind that he just had ECT in October, 2009. As I said though, I'm seeing some odd behavior returning. It's so very, very sad to see that he may be declining again, and so quickly. I believe the antipsychotic have hastened this. I could be wrong though. Be back in about a month. BTW, there will be short-term memory loss, but in the whole scheme of things, no big deal compared to the hell he/we've lived in for the past 5 years.

"This is in fact my really 1st time here, and that i should say it is a really fantastic internet site. I've uncovered a lot of fascinating stuff inside your web page particularly in its discussion. From all the great comments in your articles or blog posts, it seems like this is a really well liked web web page. Retain up the great function."

What a great web log. I spend hours on the net reading blogs, about tons of various subjects. I have to first of all give praise to whoever created your theme and second of all to you for writing what i can only describe as an fabulous article. I honestly believe there is a skill to writing articles that only very few posses and honestly you got it. The combining of demonstrative and upper-class content is by all odds super rare with the astronomic amount of blogs on the cyberspace.

Thank you for your wonderful comment. Really. You made my day. :)